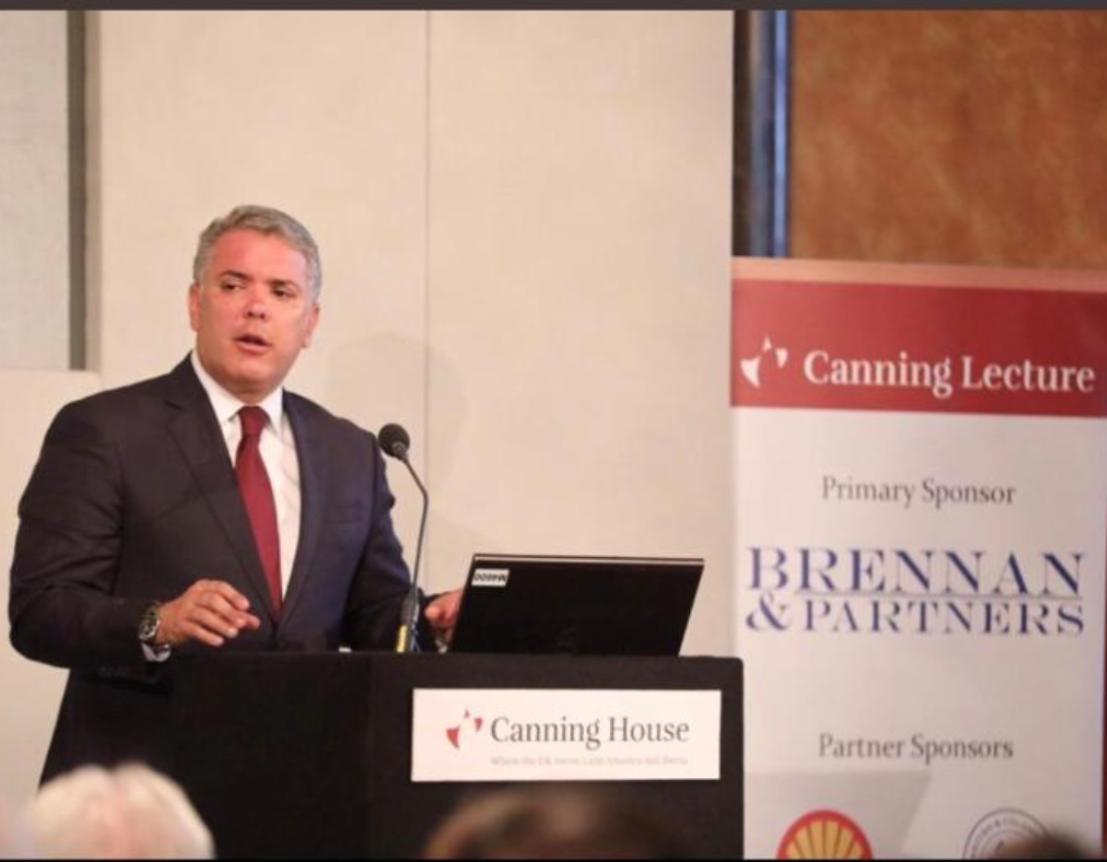 As part of his first official visit to the UK, H.E. Iván Duque Márquez, President of Colombia, gave the annual Canning Lecture on Monday 17th  June 2019 in London.

Brennan & Partners were pleased to support the Canning Lecture as Primary Sponsor.

Since 1997, the prestigious Canning Lecture has been delivered by visiting Latin American and Iberian Presidents and Heads of Government. Previous speakers include Michelle Bachelet, President of Chile, who gave the Lecture in 2008 and 2016; and Enrique Peña Nieto, President of Mexico, in 2015.

To read more about the event please click here.