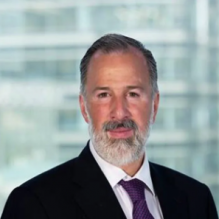 Following his time as Director General of Banking and Savings at the Ministry of Finance and Public Credit, Dr. Meade served as Chief Executive Officer of the National Bank for Rural Credit, where he led the financial restructuring and its transition to a new institution, Financiera Rural.

He studied economics and law from the Instituto Tecnológico Autónomo de México and Universidad Nacional Autónoma de México, before receiving a Ph.D. in Economics from Yale University.