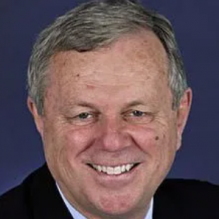 A Senior Advisor at Brennan & Partners, Mike Rann was Premier of South Australia and Minister for Economic Development from 2002 to 2011. He also served as National President of the Australian Labor Party.

In 2012 he was appointed Australian High Commissioner to the UK and a Governor of the Commonwealth Secretariat. In 2014 he was appointed Ambassador to Italy, San Marino, Albania, Libya and as Permanent Representative to the UN’s World Food Program and Food and Agricultural Organisation.

Now dividing his time cross the UK, Italy and Australia, Mr. Rann is Chairman of the UK charity Power of Nutrition, and a member of the UK, US and Global boards of The Climate Group which operates in 45 countries. He is a Visiting Professor at the Policy Institute of King’s College London.