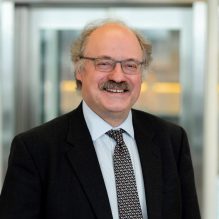 A Senior Advisor at Brennan & Partners, Sir Mark Walport chairs the Kennedy Memorial Trust and the Imperial College Academic Health Sciences Centre Strategic Partnership Board and is a Trustee of the British Museum.

He is the recently retired founding Chief Executive of UK Research and Innovation (UKRI), which is responsible for the public funding of research and innovation. He was Government Chief Scientific Adviser (GCSA) and Head of the Government Office for Science from April 2013 to September 2017. His previous career highlights include: Director of the Wellcome Trust, Professor of Medicine and Head of the Division of Medicine at Imperial College London, Founder Fellow and first Registrar of the Academy of Medical Sciences, member of the advisory board of Infrastructure UK, member of the India-UK CEO Forum and UK-India Round Table and non-executive member of the Office for Strategic Coordination of Health Research.

Mark received a knighthood in the 2009 New Year Honours List for services to medical research and was elected a Fellow of The Royal Society in 2011 and an Honorary Fellow of the Royal Society of Edinburgh in 2017.