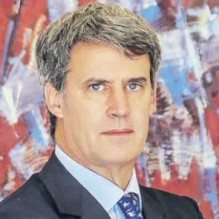 A Senior Advisor at Brennan & Partners, Alfonso Prat-Gay was until 2017 the Minister of the Treasury and Public Finance of Argentina. He was awarded Euromoney´s Finance Minister of the Year Award in 2016.

In the private sector, he was head of Currency Research in JPMorgan London (1999-2001). Prior to that, he was a member of the Economic Research team in JP Morgan in New York and Buenos Aires. He also served as Director of Macroeconomics Studies for the economic consulting company Alpa S.A., in Buenos Aires.