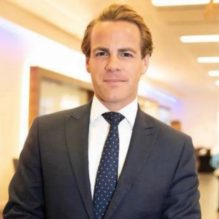 The Founder and CEO of Brennan & Partners, Alexander has two decades’ experience of delivering growth for businesses, both as a principal and as an advisor. He is a Non-Executive Director of Big Technologies PLC and an Advisory Board Member of the Hispanic Observatory.

Prior to founding Brennan & Partners in 2016, he was the CEO of a global infrastructure investment business, with investors drawn from Europe, the Middle East and Asia.  This role built upon five years of international sales and business development experience with De La Rue, working firstly in Europe and then the Americas.  He began his career at Slaughter and May, where he practised as a corporate lawyer in London for several years.

Alexander has a Master’s degree in History and a Law degree. He speaks English, Spanish, French and Italian.