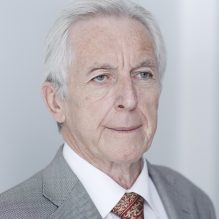 The Chairman of Brennan & Partners, Daniel was appointed to the UK House of Lords in 2000. He is a leading international legal practitioner who currently serves on the UK Parliament’s Committee for the National Security Strategy, following a three-year term on the Constitution Committee of the House of Lords. He is also currently Chairman of Global Financial Integrity, the Washington-based think tank.

He is a former Chairman of the Bar Council of England and Wales, President of the British-Spanish Parliamentary Group and President of Canning House, the UK institution driving political, economic and socio-cultural dialogue between the UK and Iberia and Latin America. He has an extensive commercial, political and legal network across the world. He has received numerous awards and recognition from both domestic and foreign governments and academic institutions. He speaks English, Spanish, French and German.