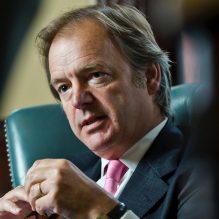 Chairman of the International Advisory Board at Brennan & Partners, The Rt Hon Sir Hugo Swire KCMG served as Minister of State at the Foreign and Commonwealth Office from September 2012 until July 2016 with responsibility for Latin America, North America, South East Asia/Far East Asia, India and Nepal, the Commonwealth as an institution, Australasia and the Pacific. He served as Minister of State for Northern Ireland from May 2010 until September 2012. In 2011, he was sworn in as a member of the Privy Council. He served as the Conservative Member of Parliament for East Devon from June 2001 until the 2019 United Kingdom General Election, having announced his intention to stand down ahead of the 2019 General Election.